One Down … One to Go

I held myself together pretty well at commencement, only tearing up (in public) twice. The first time as they were marching from the school to the football field. The second time as his name was announced and he received his diploma. Social Diva kept yelling at me to put down my sunglasses when she noticed my chin quivering. (She’s so supportive. /sarcasm)

He didn’t want a graduation party, but I was able to surprise him with a small get together with a few of my friends and his grandparents (my in-laws) and his aunt in from Boston. As I made sure everyone had enough to eat and drink, he came out of his shell and sat and talked with everyone.

He’ll start his summer job on Tuesday working with the school district as summer maintenance. I’m guessing that he’ll wish he went back to the zoo after eight hours of manual labor.

As the title says, one down, one more (Social Diva) to go. I’m guessing these next five years are going to fly by! 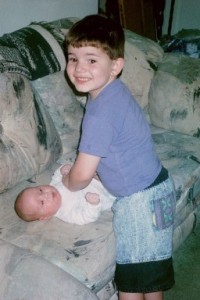 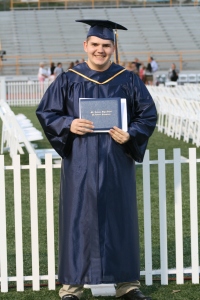